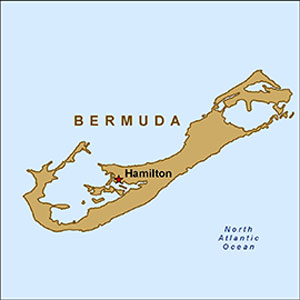 The May 2014 Plenary recognised that Bermuda had made significant progress in addressing the deficiencies identified in their 2007 Mutual Evaluation Report and therefore could be removed from the regular follow-up process.

Bermuda implemented several legislative and other action which resulted in the country addressing all deficiencies in Core and Key Recommendations 13, SR II, SR IV, 3, 36 and SR.III (For Recommendations 35 and SR.I, Bermuda has domestic legislation which implements the relevant Palermo and the Suppression of Terrorism Financing Conventions. The Bermuda Authorities are awaiting the extensions of the Conventions to Bermuda which is the only matter pending (procedure currently in progress)).Bermuda has also made progress in compliance with Recommendations 7, 8, 17, 22 and 25, Special Recommendations VI, VII and IX, which are considered fully addressed.

Bermuda 5th Follow-Up Report, which was presented at the May 2014 Plenary contains a detailed description and analysis of the actions taken by Bermuda to rectify the deficiencies identified in respect of the Core and Key Recommendations rated PC or NC in the 2007 mutual evaluation report.