Tortola, British Virgin Islands – On April 10th 2014, the Virgin Islands took another step towards fighting the activities of money laundering, terrorist financing, proliferation financing and all forms of organised crime with the launching of the Territory’s National Risk Assessment Council (NRAC).

As part of the Financial Action Task Force’s (FATF) International Standards on Combating Money Laundering and the Financing of Terrorism and Proliferation countries are required to be able to identify, assess and understand their money laundering and terrorist financing risks, and put measures in place to effectively mitigate those risks. In so doing, countries must look at all sectors of their economy to determine where the greatest money laundering and terrorist financing risks lie, and identify ways in which to mitigate these risks.

The NRAC will be supported by the National Risk Assessment Steering Group (NRASG) which will have the responsibility of coordinating all relevant technical work relating to the preparation and conduct of the Territory’s National Risk Assessment.  The NRASG is chaired by former Chairman of the CFATF, Mr. Cherno Jallow, QC.  Other members of the NRASG include Deputy Chairman, Mr. Glenford Malone who is the current CFATF ICRG Chairman, Ms. Simone Martin and Ms. Alva Mc Call of the Financial Services Commission, who have both been trained as Fourth Round Mutual Evaluation Assessors; Director of Public Prosecutions, Mr. Wayne Rajbansie; Financial Services Commission Deputy Managing Director – Regulation, Mr. Kenneth Baker and Director of Finance Mr. Sheldon Scatliffe; Director of the FIA, Mr. Errol George; and Detective Elvis Richards of the Royal Virgin Islands Police Force.

The National Risk Assessment process is scheduled to commence in September 2014 and be carried out over a seven month period. The National Risk Assessment will be carried out by a team of trained assessors which will include individuals from all competent authorities, governmental agencies and the private sector. Additionally, two independent external assessors will join the process in a reviewing and oversight capacity to ensure consistency and appropriateness of the methodology.

The Virgin Islands, having undergone several reviews of its compliance with international standards by various international standards setting bodies, welcomes the opportunity to conduct an internal review and assessment of its Anti-money Laundering and Countering the Financing of Terrorism (AML/CFT) regime, to identify not only the strengths, but also the weaknesses, as this will help in reforming the regime. This internal review will prepare the Territory for the evaluation of its AML/CFT regime by the Caribbean Financial Action Task Force in 2017.

In his remarks Governor McCleary stated “for many years, BVI has been subjected to a series of reviews from the various international bodies: IMF, OECD and FATF/CFATF.  The Territory has generally come through these reviews with flying colours.  I know the Premier was delighted when [British Prime Minister] David Cameron made clear in the House of Commons last September that he thought it no longer appropriate to label the BVI and other OTs and Crown Dependencies as tax havens.”

Delivering the feature address at the Opening Ceremony, the Premier stated that the launching of the NRAC “is the first step in ensuring that the Territory will be able to successfully meet the FATF standards and continue to maintain the high level of AML/CFT compliance it is recognised for internationally. This initiative further amplifies the Virgin Islands’ commitment to meeting its international obligations and playing its part in the global fight against money laundering, terrorist financing, proliferation financing and other types of financial crime.” 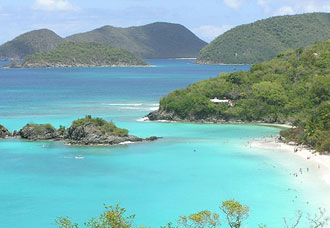 Over 150 delegates from various jurisdictions in the Caribbean region will be in the BVI this week to attend the Caribbean Financial Action Task Force (CFATF) 36th Plenary from November 12 to 15.

The main meeting of the week will take place at the Multipurpose Complex in Tortola. The CFATF, for which the BVI serves as vice chair, is a regional organisation established to address issues pertaining to the detection and prevention of money laundering and terrorist financing. The organisation hosts plenary sessions at least twice a year, attended by its 29 member jurisdictions.
646

The Director of Policy, Research and Statistics of the BVI Financial Services Commission, Mr. Cherno Jallow, QC, currently occupies the vice chair post, on behalf of the BVI. Commenting on the significance of the BVI hosting the CFATF plenary meeting, Mr. Jallow said, “It is important, not only from the promotional angle, but in terms of making the public aware that we are all part and parcel of the process. We all play a key role in driving the process forward in taking our mandate seriously as a global partner in preventing money laundering and terrorist financing activities.”

Regarding the impact of the meeting on the BVI, Mr. Jallow said it is all about reputation, adding, “No jurisdiction wants to be viewed as having weak systems to effectively in combat money laundering and terrorist financing. When the systems are strong, particularly for a financial services jurisdiction like the BVI, it helps to enhance the reputation of the jurisdiction.” 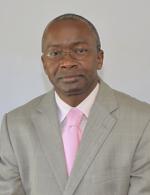 Mr. Jallow added, “Public awareness is important. We can put in all the legislative measures and enforcement mechanisms – it’s not going to stop money laundering, terrorist financing and proliferation financing...It’s the people who need to know what these things are about, so that they can detect the crime and assist law enforcement.”

Regarding the BVI’s own stance on compliance, Mr. Jallow related that the BVI has done its utmost to ensure it fully complies with the established international standards on the prevention of money laundering and terrorist financing; scoring 14 out of 16 when rated against the Financial Action Task Force’s (FATF) Core and Key Recommendations, and thus placing second globally.

The BVI will assume chairmanship after the CFATF Plenary concludes this Thursday. As incoming Chair, the BVI is responsible, along with the assistance of the CFATF Secretariat, to prepare a work programme to guide the organisation during the BVI’s Chairmanship of the organisation. The CFATF is undergoing critical reforms in terms of its structure and governance and the BVI’s plans include strengthening those reforms to ensure continued excellence as a regional body.

In addition to that, the BVI hopes to engender greater participation amongst the membership to distribute the work more evenly in order to ensure a stronger and more cohesive organisation is developed.  One that builds on that reputation both regionally and internationally.

Representatives from the BVI FSC, Ministry of Finance, Her Majesty’s Customs, Attorney General’s Chambers, Office of the Director of Public Prosecutions, Royal Virgin Islands Police Force and other key law enforcement agencies who all have key roles in assisting the CFATF mandate will be attending the event.

Various working groups and fora will take place on Monday and Tuesday, with the actual plenary meeting commencing on Wednesday. The plenary begins with an opening ceremony with remarks by Premier and Minister of Finance Dr. the Honourable D. Orlando Smith, OBE along with other speakers.

Hosting the Caribbean Finance Action Task Force Plenary Meeting is in line with the Government of the Virgin Islands’ mission to enhance and solidify the Territory’s reputation as a pre-eminent jurisdiction for financial services. The sector is one of the Territory’s main economic pillars, which generates 60 cents of every dollar spent by Government.