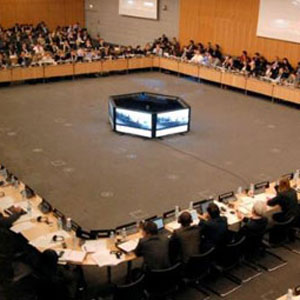 The 36 members of the Financial Action Task Group (FATF) and representatives from the FATF-Style Regional Bodies will meet in Paris, under the presidency of Mr. Bjørn S. Aamo of Norway, for the second Plenary under the Norwegian Presidency.

The FATF sets standards and promotes effective implementation of legal, regulatory and operational measures for combating money laundering, terrorist financing and other related threats to the integrity of the international financial system. The decision-making body of the FATF is the FATF Plenary, which is supported by a number of Working Groups.

Some of the issues on the agenda for the Plenary meeting are:

The Working Group and Plenary meetings of the FATF are closed to members of the public.

For further information, please contact the FATF Secretariat at contact@fatf-gafi.org.