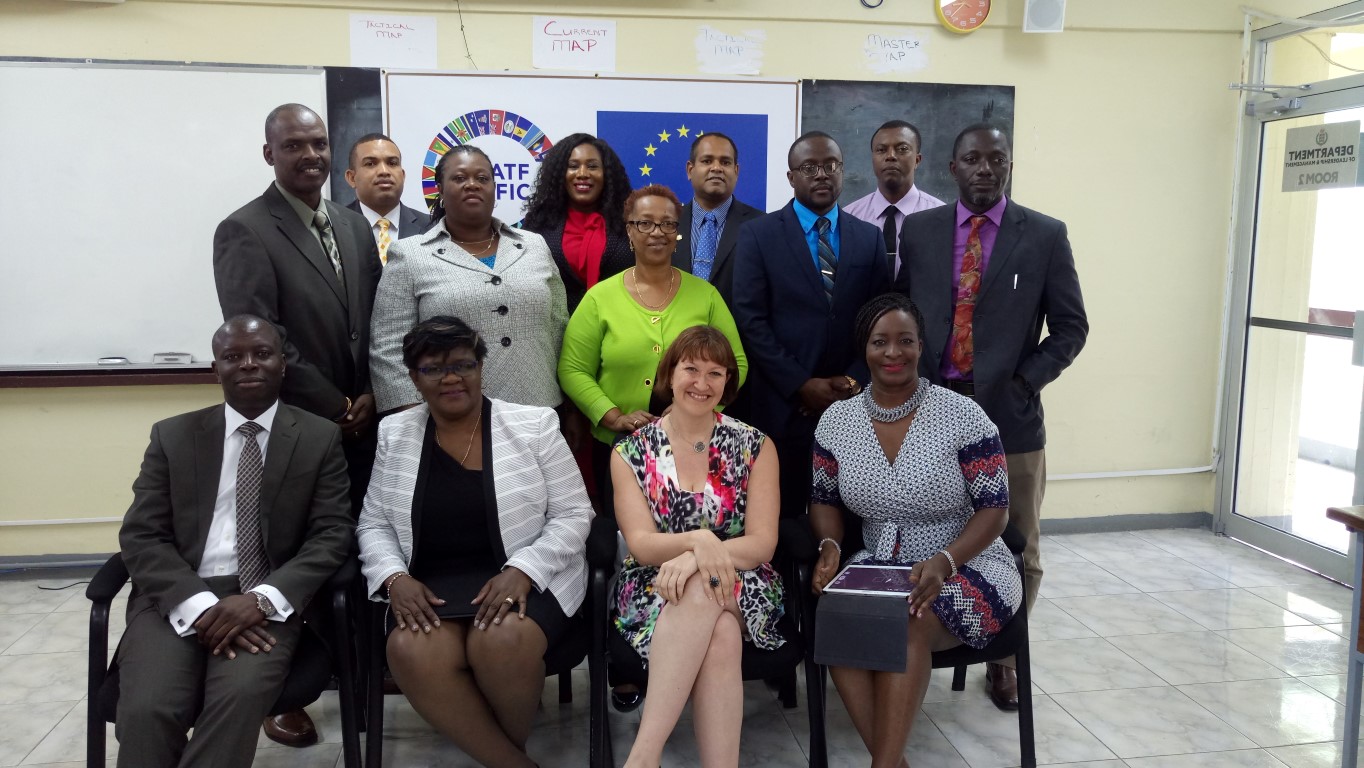 On January 9, 2017, it was with great excitement that the Caribbean Financial Action Task Force launched its highly-anticipated Accreditation and Training Project at the Regional Drug Law Enforcement Training Centre (REDTRAC) in Jamaica. The startup of this Project marks the beginning of the delivery of standardized training, which is targeting the financial analysts and financial investigators of the Region’s Financial Intelligence and Financial Investigations Units.

This project is one of several Regional initiatives supported under the 10th European Development Fund, CARIFORUM Crime and Security Cooperation Programme. It was developed in response to reports such as the Caribbean Human Development Report on Citizen Security (2012) and the UNODC World Drug Report, which indicate that the countries which make up CARIFORUM, belong to a region where violence and crime are perceived by most citizens as a pressing challenge; and where there is a causal relationship between the high homicide rates and organised crime, related to illegal drug trafficking flows and markets.

One of the strategic objectives of this project is to build regional capacity by first developing the trainers who will themselves be responsible for training the remainder of the financial analysts and financial investigators community in the Region. In keeping with this objective, a cadre of financial analysts from Antigua and Barbuda; Barbados; Dominica; Grenada; Guyana; Montserrat; St. Kitts Nevis; St. Vincent and the Grenadines; and Trinidad and Tobago were trained on the Analysts course, which is a condensed version of the Egmont Tactical Analysis Course (TAC) and the Strategic Analysis Course (SAC) and a train-the-trainer course which focused on training the participants to deliver the material they had been trained on. The training was conducted from January 9-17, 2017, with the final two days being dedicated to the train-the-trainer elements.

This project is fully sponsored by the European Union

As a Region, we are proud of the collaborative effort that has gone into the development of this project and we congratulate Ms. Kebra Gardiner of the Office of National Drug and Money Laundering Control Policy, Antigua and Barbuda; Mr. Roger Rawlins, of the FIU, Barbados; Mr. Patrick George, of the FIU, Dominica; Mr. Raymond Lockiby, of the FIU, Grenada; Mr. Abiose Thomas, of the FIU, Guyana; Mr. Jessica Sweeney, of the Financial Crime Analysis Unit, Montserrat; Ms. Judy Tyrell, of the FIU, St. Kitts Nevis; Mr. Idris Baptiste of the FIU, Saint Vincent and the Grenadines; and Mr. Rennie Lakhan of the FIU, Trinidad and Tobago, on being the first to graduate from this project and look forward to working with them during the coming year as they embark on their path towards CFATF Accreditation.