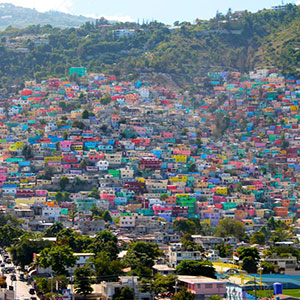 A Jurisdiction with strategic AML/CFT deficiencies that has not made sufficient progress in addressing the deficiencies or has not complied with the Action Plan developed with the CFATF to address such deficiencies.

Pursuant to the mandate of the CFATF, the CFATF undertook a High Level Mission (HLM) to the Republic of Haiti on Monday 27th of April 2015. Thereinafter, a letter from the CFATF Chair, was sent to Haiti on the 17th of September 2015, making reference to the decision by the CFATF’s XLI Plenary Meeting, which was held in Port of Spain, Trinidad and Tobago, May 27th and 28th, 2015, that Haiti would remain in the second stage of enhanced of follow-up, with no additional sanction measures being taken, but would need to demonstrate progress in non legislative measures (such as developing a freezing mechanism for terrorist assets) by November 2015. At the CFATF Plenary in November 2015, Haiti demonstrated some progress on non-legislative measures. Plenary determined that Haiti should remain in the status quo and demonstrate to the May 2016 Plenary substantial compliance with both non-legislative and legislative requirements. Haiti has taken steps towards improving its AML/CFT compliance regime with non-legislative actions, including providing training to FIU, Police officers, Prosecutors and Magistrates; and taking steps to join the Egmont Group. With regard to legislative actions, some progress was indicated, including an update of the Central Bank Guidelines to strengthen CDD measures, which is in force; and drafting additional amendments to the Bill on UCREF to allow the exchange of information with counterpart agencies under condition of reciprocity.

However, the CFATF has determined that Haiti has failed to make sufficient progress in addressing its significant strategic AML/CFT deficiencies, including certain legislative reforms.

If Haiti does not take specific steps by November 2016, then the CFATF will further consider whether to identify Haiti as not taking sufficient steps to address its AML/CFT deficiencies and whether to take the additional steps of calling upon its Members to consider implementing counter measures to protect their financial systems from the ongoing money laundering and terrorist financing risks emanating from Haiti.