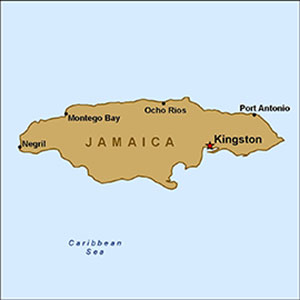 The CFATF held its XL Plenary in San Salvador, El Salvador during the week of November 23-28, 2014, during which time four (4) Member countries exited the Third Round Follow-Up Process, completing all their reporting requirements, while one (1) Member country exited the CFATF ICRG monitoring process.

The November 2014 Plenary recognised that Jamaica had made significant progress in addressing the deficiencies identified in their 2005 Mutual Evaluation Report and therefore could exit the follow-up process.
Jamaica has addressed the deficiencies noted in the Core and Key Recommendations rated PC/NC (R. 1, 5, 10, 13, SR. IV and 40) to a level that is comparable to at least an LC.

Jamaica has also made progress in addressing the deficiencies in its non-Core and Key Recommendations that were rated PC/NC to the extent that the remaining outstanding
Recommendations are all at a substantial level of compliance.

Jamaica 11th Follow-Up Report, which was presented at the November 2014 Plenary contains a detailed description and analysis of the actions taken by Jamaica to rectify the deficiencies identified in respect of the Core and Key Recommendations rated PC or NC as well as a summary of progress in other Recommendations, in the 2005 Mutual Evaluation Report.