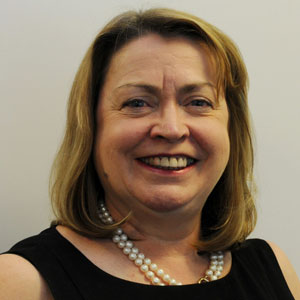 The Criminal Justice Advisor (CJA) project is a three year project (2011-14) funded by the Canadian Department of Foreign Affairs and International Trade (DFAIT) through the Canadian Anti-Crime Fund.  This is a joint project with the UK Crown
Prosecution Service and the government of Trinidad and Tobago (T&T).

The project funds Moira Mac Daid, an experienced prosecutor from the UK Crown Prosecution Service, as a Criminal Justice Advisor (CJA) permanently in Trinidad and Tobago. Moira provides advice and assistance at both a strategic decision making and practitioner level across the key criminal justice ministries and agencies in Trinidad and Tobago.

The project has directly funded activity including supplying of expert assistance for the Financial Investigation Unit (FIU) and to partner the Police Complaints Authority (PCA).

The project is purchasing digital recording equipment for interviews to be conducted by the PCA.

In October 2011 the project organised a bespoke study visit to the UK. The visit was led by the Chief Justice, the Honourable Ivor Archie and the Minister of Justice, Christlyn Moore. The delegation included Mr Justice Holdip, the DPP, Roger Gaspard and the Chief Magistrate, Marcia Ayers-Caesar as well as Mr Netram Kowlessar from  the office of the Attorney General, Sergeant Kassim Ali and others involved in  criminal justice management. The delegation saw firsthand the UK experience of criminal procedure rules, case management, early guilty pleas and drug courts. It was a very positive visit and, combined with a previous visit to Canada. The best aspects of each have been incorporated into Trinidad and Tobago’s own Drug Courts and the draft of the Criminal Procedure Rules.

One of the key priorities of the project has been encouraging closer working across the agencies/ ministries on implementing criminal justice reform.  The Judiciary and Justice Sector Committee (JJSC) now meet regularly and the Moira attends and participates in those meetings.

Upcoming work includes closer working with the FIU and the Financial Investigation Bureau (FIB) and with the Ministry of Justice on the implementation of Administration of Justice (Indictable Proceedings) Act 2011.
Violence against Children (VAC) conference

Follow-Up Reports of Trinidad and Tobago

MERs of Trinidad and Tobago